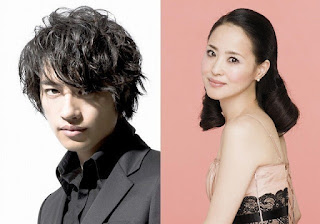 Saito Takumi, Matsuda Seiko, Ihara Tsuyoshi and Bessho Tetsuya will be appearing in the new movie "Ramen Teh" directed by Singaporean director Eric Khoo and jointly produced by Singapore, Japan and France. Other cast members include Singaporean actress Jeanette Aw and actor Mark Lee. Filming wrapped up at Takasaki City and Singapore in July this year but the release date has yet to be decided.


This movie was conceptualised in 2016 due to SJ50 i.e. the 50th anniversary of Singapore and Japan establishing diplomatic ties to incorporate elements from both countries i.e. bak kut teh from Singapore and ramen from Japan which are considered soul food in their respective countries. The story talks about family love and features a new dish ramen teh which combines both foods and needed many attempts before the right taste could be achieved and the script prepared.

The lead character Masato (Saito) plays a young owner of a ramen shop at Takasaki who discovers a red notebook of his late mother's memories in Singapore when his father passed away. In order to retrace his late parents' footsteps, Masato heads to Singapore where he meets a Japanese food blogger Miki (Matsuda) who helps him to meet his grandmother Madam Lee. Through their interaction, Masato finds out about the sad and turbulent love story of his parents and collaborates with Madam Lee to create a dish which can provide consolation for their broken hearts. Jeanette Aw will be playing Masato's late mother.

Email ThisBlogThis!Share to TwitterShare to FacebookShare to Pinterest
Labels: Movie News, Ramen Teh

Omg!!!!! I am excited now! I will do anything for Saito lol