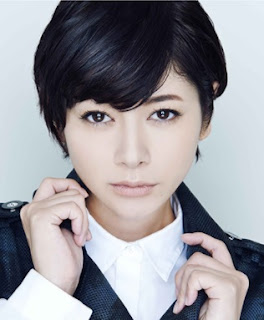 It was reported on 9 November that Maki Youko quit from the new movie "SUNNY Tsuyoi kimochi tsuyoi ai" starring Shinohara Ryoko just because she was about to begin filming for the movie. According to the movie company Toho, Maki's agency had submitted the request for her to be removed from the cast lineup in late October citing health reasons even though the rest of the cast had already begun filming. Since she had not begun filming, Toho decided to get a replacement and finally decided on Itaya Yuka to take over Maki's role.


Maki was implicated in a crowdfunding controversy in August this year when it was revealed that she had used such a website to get funds for her photobook which was to be sold during the Comic Market. Due to the hoo-ha over this, she received a lot of criticism which led to her apologising for what happened, closing her newly-opened Twitter account and her absence from the filming of her Summer 2017 drama "Seshiru no Mokuromi" at the last minute without prior notice. According to insiders, it was said that Maki was still suffering psychologically from the effects from what happened during summer and that for her to quit from this movie, her condition was rather worrying.

The movie is a remake of the South Korean hit and will be shuttling between the present era and the 90s. Shinohara Ryoko plays Nami, a full-time housewife who wants to reunite her buddies from the group "SUNNY" when they were in an all-girls senior high school after knowing that one of her best friends Serika (Maki -> Itaya) is down with terminal cancer. However, it has been 22 years since they last gathered so it is an uphill task trying to locate everyone. Koike Eiko will play Yuko who is the wife of a rich man while Tomosaka Rie plays Shin who works in the sex trade and has financial difficulties. Last but not least, Watanabe Naomi will be playing Ume, the owner of a real estate business. Another key figure in their group Nana will be played by another actress which will be announced at a later date. Hirose Suzu will play the senior high school version of Naomi in this movie.

Sources: Oricon / Sponichi
Posted by Chiaki at 11:32 AM

Perhaps I'm dense, but what's wrong with her crowdfunding a photobook?

First of all, the source of funds for her self-produced photobook seemed to be the main issue. From what I've read so far, those who sell their stuff through the Comic Market are supposed to fund the production of their works with their own money but Maki was asking for JPY 8m through crowdfunding to cover the production costs. Secondly, there was also a concern about how the money would be handled because she might not actually get to participate in the Comic Market which is said to choose the exhibitor applicants via lottery. Last but not least, the proposed price of the photobook is said to be as much as JPY 10,000 per copy (double the price for a signed copy) which is considered to be way too expensive even though the photobook was said to be a A5-sized book with 320 full colour pages and Maki's in-depth interview. There were also comparisons made with the Kano sisters who took part in a recent edition of the Comic Market where they actually sold signed copies of their illustrations and photobooks without a mark-up in the price and the number of signed copies sold i.e. 3,000 was way more than Maki's offer of 30 signed copies.

Thanks for the explanation. That does seem pretty sketchy. Not Frye Festival level of sketchy, but for sure it does come off like taking advantage of fans.