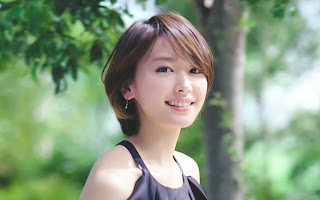 This is an annual survey conducted by Oricon on 500 women from their teens to 50s where they select the female celebrities who they feel have the faces that they desire to have.

Looking at the results in age brackets, women in their teens, 20s and 30s chose Aragaki as their No.1 while those in their 40s and 50s chose Kitagawa instead:

Source: Oricon
Posted by Chiaki at 1:13 AM