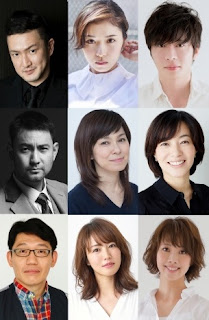 
The story is set in the 4th year of the Keio era i.e. 1868 when Saigo Takamori leads the new government troops and wins the Battle of Toba-Toshimi against the army of the Edo Shogunate. In order to take over Edo Castle, the troops take the Tokaido route as Saigo aims to complete this with as little bloodshed as possible. However, the shogunate's representative Katsu Kaishu (Nakamura) is a petty and hot-tempered man thus the servants of the Katsu household expect the negotiations to break down in no time if Kaishu goes to meet Saigo. At this moment, the gardener of the Katsu household i.e. Heiji (Matsuoka) volunteers to pose as Kaishu to meet Saigo so as to reach an amicable resolution.

Mitani commented that he wanted to make a comedy which would not have any complicated storyline and can please people of all ages thus giving birth to this production. Although the theme of the story is a famous episode in history i.e. the handing over of Edo Castle, Kaishu would never appear in a Taiga as the lead character. He also reminded everyone that Segodon i.e. Saigo will also appear in this play with reference to the upcoming 2018 Taiga featuring Saigo as the lead character.

Nakamura commented that he always got mistaken with Matsuoka due to their similar appearances and is eager to see how it would be like for the two of them to appear together on stage. As for participating in Mitani's stage play for the first time, he expressed his joy about it especially since the latter brought out a different side of him after he participated in "Shinsengumi!" which allowed him to try different types of roles in various dramas and movies.

On the other hand, Matsuoka who last appeared in a Mitani stage play four years ago i.e. "Lost in Yonkers", said that he wondered how to act in that translated play but Mitani allowed him to have a free rein then so it made things easier for him. This time, it is an original story and a comedy which is a favourite genre of his so he views this as a welcome challenge to be able to participate in this play.