Spitz to sing the theme song for new movie "Sensei!" 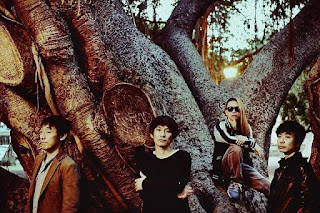 Spitz will be singing the theme song for the new movie "Sensei!" starring Ikuta Toma and Hirose Suzu. The song titled "Uta Usagi" was specially written for the movie which will be shown in cinemas from 28 October and is the band's first movie theme song in 9 years. The band commented that not everything is sweet and beautiful in love but that is also what makes love memorable and meaningful. While thinking back about their embarrassing memories of love in the past, the band wrote this song which they hope will suit the movie.

The movie which is based on the same-titled manga by Kawahara Kazune that was serialised in Bessatsu Margaret between 1996 and 2003 and had sold more than 5.7 million copies to date, features Ikuta as a world history teacher Ito Kousaku who seems aloof on the surface but treats his students very well and thinks a lot for them. Upon interacting with Ito, his student Shimada Hibiki (Hirose) falls in love with him and confesses her feelings for him. However, Ito is hardly moved by this as he had grown to distrust women due to his last breakup. Nonetheless, Hibiki's love finally moves him and the two of them begin a forbidden romance as they grapple with the tough circumstances they are in.

when the release date of this song?