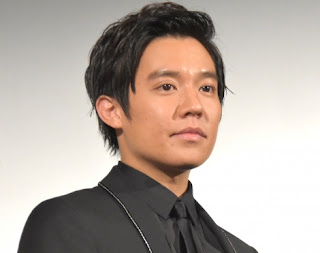 Amuse, the agency managing Koide Keisuke who recently was exposed for drinking and having sex with an underage girl, released its statement on 15 June where it disclosed that a private settlement had been reached between Koide and the girl and her parents. Here are the key points from the statement:

- The private settlement was concluded on 10 June with Koide being represented by a lawyer to handle the negotiations. However, due to the confidentiality clause in the agreement, the agency cannot reveal any details about the deal.

- However, the private settlement will have no impact on the criminal investigations conducted by the police.

- The agency emphasized its stand that it has no intention to protect Koide from this scandal and will cooperate fully with the investigation so that he can fulfill his responsibilities in the most sincere manner.

- As for plans to let Koide hold a press conference, this is unlikely to happen anytime soon as they do not want this to affect the ongoing investigations. The agency is also unable to respond to the numerous queries about this matter one by one and apologised for this.

I'm not sure I understand why they need some kind of private settlement if criminal investigations are on-going. Shouldn't such settlement be when you want to avoid publicity of your wrong-doings or being judged ? Right now it's too late for that.

It sounds like the girl had more to say / blackmail with, or something.