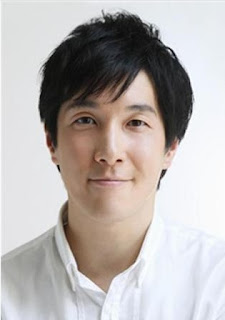 Hashizume Ryo who is actor Hashizume Isao's son, was arrested for possession of stimulants in Saitama Prefecture at 9.30pm on 2 June as reported on 3 June. According to the authorities, they received a report about a man in possession of drugs at an apartment in a residential complex located within the prefecture. After conducting a search, the man in question and the younger Hashizume who were at the apartment, were found to be in possession of some white powder which they acknowledged to be stimulants. Investigations are currently ongoing to find out how they got the drugs.

Hashizume Ryo made his debut as an actor in 2004 and had participated in many dramas and movies to date. Before he made his debut, the younger Hashizume began working as a staff member in the stage plays which his father acted in during his senior high school days. When he decided to become an actor, his father told him that once he entered showbiz, he could not use their relationship to further his prospects.

Hashizume Ryo can be seen in the ongoing TV Asahi afternoon drama "Yasuragi no Sato" which is shown at 12.30pm on weekdays and his latest movie "Tatara Samurai" was just released on 20 May. His last post via Twitter on 2 June before his arrested revealed his wish for as many people to watch the movie and hear their comments about it. This is not his first brush with the law as he was subjected to an urine test for drugs back in January 2012 after being found drunk by police officers who were doing routine questioning. At that time, the urine test results were negative for drug consumption.

Hashizume Ryo's agency issued a statement to the media on 3 June that he had been dismissed with immediate effect in relation to his arrest. In the statement, his agency said that amid rising calls in the entertainment world to break away from the harmful effects of drugs, being in possession of such banned substances was a definite no-no. As such, as punishment for his action, the agency came to this decision.

In response to news about his son's arrest, the elder Hashizume talked to the media which had gathered outside his house through the intercom on 3 June that he didn't have an idea yet about what happened as the police had not contacted him yet. He also revealed that he last saw his son two days ago in the morning before going to work and that he was in shock over this matter.

Following news of Hashizume Ryo's arrest, TV Asahi announced on 4 June that he will be taken off the cast lineup for their drama "Yasuragi no Sato" where he plays a nurse at the old folks' home. As for episodes which already contain his scenes, they will be edited accordingly. He is also scheduled to appear in the 6 June episode of NTV variety programme "Odoru! Sanma Goten!!" as one of the second-generation artistes but his name has been deleted from the programme's website guest  list. It is understood that the programme was pre-recorded on 23 May so the scenes featuring him are to be edited out. He also has a new movie "Manga Tanjou" due to be shown next summer.

The effects of his son's arrest may also affect Hashizume Isao's work as the latter's agency revealed that he had asked to cancel his work arrangements on the day after tomorrow so as to avoid causing trouble for his colleagues due to the media frenzy. He was originally scheduled to be off on 4 and 5 June prior to this scandal. As the elder Hashizume is expected to meet his son soon and find out what happened, he is likely to hold a press conference sometime early next week.