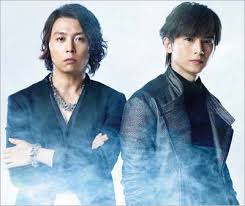 KinKi Kids' Domoto Tsuyoshi has been hospitalised due to sudden hearing loss as revealed by his partner Domoto Koichi during the live broadcast of TV Tokyo's music show "TV Tokyo Ongakusai 2017" shown on 28 June. The duo was scheduled to perform during the show but Tsuyoshi had to be absent as he is undergoing treatment.

According to Johnny's Jimusho, Tsuyoshi complained of issues in his left ear since 20 June and went to a hospital for treatment where he was diagnosed with sudden hearing loss. As such, he began his hospitalisation stay from the evening of 27 June and is expected to be there for a week. In view of this, Tsuyoshi will also be absent from the live broadcast of NTV's "THE MUSIC DAY Negai ga kanau natsu" taking place on 1 July while Koichi will appear as planned. Details of Koichi's performance are not available yet as they are still making plans for this change. As for their 20th anniversary concert "KinKi Kids Party! ~ Arigatou 20nen~", taking place at Yokohama Stadium on 15th and 16th July, it is believed that the duo can perform as planned.

According to Koichi who apologised for his partner's last-minute absence, Tsuyoshi's condition is generally fine although it was recommended that he should be hospitalised just to play safe and that he wasn't in the condition to sing. The duo had planned to celebrate their 20th anniversary with a special performance but the plan had to be changed due to Tsuyoshi's illness. In return, Tsuyoshi called Nagase Tomoya from TOKIO on the day before the show and asked Nagase to stand in for him and sing with Koichi which the latter agreed to immediately.

Before Koichi and Nagase sang, Nagase apologised for taking over Tsuyoshi's place at the last minute and asked them to "bear with him". The two of them then proceeded to sing the song "Zenbu dakishimete" which was met with rave reviews on Twitter expressing thanks to Nagase for standing in at such short notice.

Whaaa I'm really surprised and full of worries...Hope everything will be alright, he will heal soon and return to sing, I think he's too busy this year, I really love this guy's singing >.<