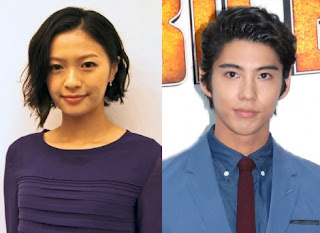 Kaku Kento and Eikura Nana welcomed the arrival of their first child on 12 June at a hospital in Tokyo as announced in their statements released by their agencies on 14 June. Both mother and child are doing well but there is no mention of the baby's gender.

In Eikura's statement she revealed that her baby weighed 2,700 grams at birth and thanked everyone for their support and advice from her pregnancy all the way till she gave birth. She also expressed her thanks to her husband for being always by her side and was grateful that the baby was born healthy. She ended her statement by pledging to support their child through life's many steps and encounters to come. As for Kaku, he expressed his joy at the arrival of a new family member and his increased responsibility in protecting his family. He also asked for the support of their fans and everyone around them.

The timing of Eikura's return to work will depend on her family situation and her health condition. On the other hand, Kaku is set to be very busy this summer with three dramas starting in July i.e. "Wanitokagegisu" from TBS, "Akira to Akira" from WOWOW and "Aishitetatte, Himitsu wa aru" from NTV as well as a musical which begins in August.