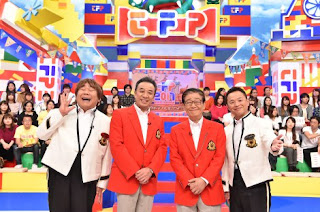 The cast members from the three TBS Summer 2017 dramas will be appearing as guests in the upcoming "Sekiguchi Hiroshi no Tokyo Friend Park July 2017 Drama Assembly SP" to be shown via TBS on 3 July. A total of 12 actors (4 from each drama) will be participating in the game show which will feature 7 games i.e. "Wall Crash", "Quiz! Body & Brain", "Flash Saurus", "Never Wipe Out", "Hyper Hockey", "Deli Soba" and "Fool On The Hill".

Here is the list of actors who will be appearing on the show: