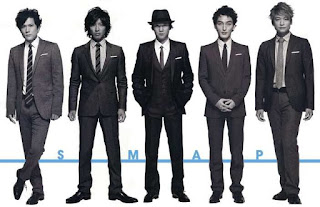 Johnny's Jimusho announced on 18 June that former SMAP members Inagaki Goro, Kusanagi Tsuyoshi and Katori Shingo will be leaving the company with effect from 8 September when their current contracts end. On the other hand, the two remaining members Nakai Masahiro and Kimura Takuya will be renewing their contracts for another year. It was revealed in the statement that the trio made their intentions known to management on 1 June and the decision was subsequently acknowledged by the board of directors. Details of their future plans will be announced once they are finalised. The president Johnny Kitagawa also provided his comments on the issue along with the statement which is a rare occurence where he said that although the trio has decided to embark on a different path, his consideration and feelings for them will not change no matter where they are in future. On the other hand, the trio has not released any statement to date with regard to their impending departure.

Although Nakai was part of the group which wanted to leave the agency in January 2016, he did not leave with the rest as expected which was considered a surprise. According to various insiders, Inagaki, Kusanagi and Katori are expected to join the new agency which their former female manager had set up recently. Some of the staff members who had worked under the manager in the past will also follow their footsteps in leaving Johnny's Jimusho. As for the TV programmes and CMs which the trio are currently appearing in, it is expected that these may end sometime in mid September. Nonetheless, programmes such as NHK's "Bura Tamori" where Kusanagi is the narrator, are widely expected to continue without any changes.