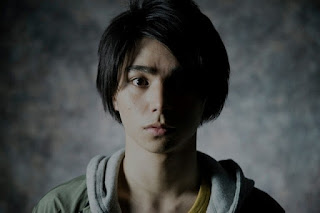 Murakami Nijirou will be taking on his first leading role in a drama when he appears in the upcoming TV Tokyo Summer 2017 drama "Dead Stock Michi e no Chousen" (Dead Stock The challenge towards the unknown) which will begin its run from 21 July 2017 in the Fridays 12.52am timeslot. The drama is an original horror story set at the new HQ building of TV Tokyo in Roppongi after it moved from Kamiya-cho in 2016. As a result of the move, Tsuneda Riku (Murakami), a newbie assistant director, gets assigned to work at the unconfirmed materials centre which stores a huge volume of footage yet to be organised and disposed of. While feeling disappointed at the gap between his ideals and reality, Riku accidentally finds an old video tape containing footage of supernatural phenomena. At the instigation of his senior Saori who is a director, Riku is forced to continue filming the supernatural happenings in order to make it into a complete programme but this causes him to go through a frightening and unbelievable experience.

Murakami commented that although he is always scared out of his wits while filming the drama, he is also excited and happy about taking on this daring project of TV Tokyo since this is the first time that he is acting in a horror and suspense story. Besides the standard theme about ghosts, there are some taboo topics also featured in the story which make it very interesting. As Riku grows to become a different person while the story progresses, his interaction with the other characters who had gone through various things in the past will be worth looking out for.