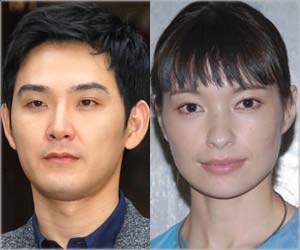 Matsuda Ryuhei and Ota Rina announced their divorce through a fax statement from his agency to the media on 28 December. They stated that they had come to this decision after repeated discussions. Even though their circumstances as a three-member family had changed, they will still be considerate of and help out one another as usual in future. They also apologised for causing worry as a result of this decision but asked for everyone to look upon them favourably and support them going forward.


Matsuda and Ota met in the autumn of 2007 through mutual friends and got married on 11 January 2009. Their 8-year-old daughter was born in July the same year. Rumours of their marriage being on the rocks first made the news in March this year but Matsuda's Instagram post of a smiling Ota and his caption about her being an important person to him and a strong mother suggested then that there was nothing wrong between them.