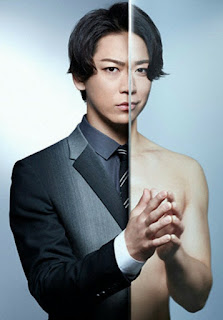 Kansai TV and FujiTV made an announcement on 3 December  to reveal that Kamenashi Kazuya suffered a fracture to his left index finger during the filming of its Winter 2018 drama "FINAL CUT" two days earlier. In the statement, the TV stations apologised to Kamenashi and all related parties for the accident which happened around 11.30am at a park in Tokyo. Kamenashi was filming an acrobatic scene when he got injured and was sent to a hospital where he was diagnosed to have suffered a fracture which would take four weeks to recover. Nonetheless, he returned to the filming from 6pm that day and there were no expected changes to the subsequent filming schedule. He was also advised to avoid any strenuous actions in the meantime. The TV stations pledged to take extra precaution going forward to prevent the recurrence of such an incident and hoped for the quick recovery of Kamenashi.