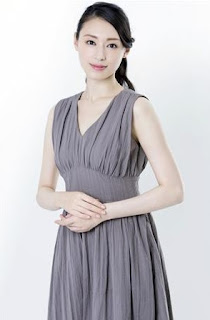 Kuriyama Chiaki will be the heroine in the upcoming Kansai TV / FujiTV Winter 2018 drama "FINAL CUT" starring Kamenashi Kazuya which will be shown from January in the Tuesdays 9pm timeslot. In the original story written by Kaneko Arisa, Kamenashi plays the lead character Nakamura Keisuke whose mother was treated as the murderer of a young girl when he was still in senior high school. In order to prove his mother's innocence and seek revenge for her, he uses various techniques to gather footage of his targets and confronts them with the "final cut" i.e. a clip of the edited footage with his signature line "kore ga anata no finaru katto desu" (this is your final cut).


Keisuke's target will be Momose Rui, a TV host played by Fujiki Naohito who was involved in the TV programme which talked about Keisuke's mother's case. Hashimoto Kanna will play Ogasawara Wakaba, the younger sibling of a pair of sisters who has key information to the truth of the case. Keisuke will get close to the sisters separately by faking different identities but unwittingly ends up falling for the elder sister (to be announced on a later date). Sugimoto Tetta will play Ide Masaya, the producer who was in charge of the TV programme 12 years ago while Mizuno Miki will play Masaki Kumiko who is a TV director. Hayashi Kento plays a young director Koike Yuuto and Yatsui Ichirou of Elec Comic will play Minagawa Yoshikazu, a cameraman. Keisuke's childhood friend and assistant in this revenge scheme i.e. Noda Daichi will be played by Hey! Say! JUMP's Takaki Yuya. Last but not least, Sasaki Kuranosuke will play Takada Seiichirou who is the assistant chief of Shinjuku Chuo Police Station and used to be in charge of the murder case 12 years ago.

Kuriyama will play Ogasawara Yukiko who is the elder sister of Wakaba and works as a museum curator. She falls in love with Keisuke who gets close to her for his revenge plan and gets into a love triangle with him and Wakaba who also takes a liking to Keisuke. Kuriyama commented that her character is a refreshing change for her since she hardly plays such people who believes in pure love although she also feels shy about it at the same time. Kuriyama described Yukiko as someone who is very precise and serious at work, relaxed at home and yet very pessimistic about romance so she could empathise with how Yukiko feels to a large extent. Nonetheless, she will try her best to show Yukiko's steadfast devotion towards Keisuke and looks forward to seeing how things will develop in the second half of the story. As for working with Hashimoto, Kuriyama said that she had always found Hashimoto to be very cute and was very happy to hear that they would be playing sisters.