Asano Tadanobu's father arrested for consumption of stimulants; "Keiji Yugami" to go on as planned 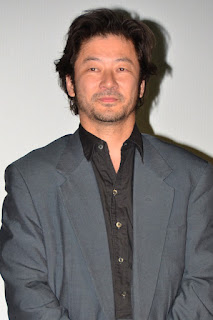 Asano Tadanobu's father Sato Yukihisa who is also the president of Asano's agency, was arrested for alleged consumption of stimulants as reported on 5 December. Sato manages the agency ANORE which has artistes such as Asano, Kase Ryo, Arai Hirofumi, Miura Takahiro and Ota Rina in its stable.


According to media reports, Sato was stopped for routine questioning at Dogenzaka in Tokyo in the early hours of 30 November where he was found to be in possession of a glass pipe. Sato was then brought to the Shibuya Police Station for an urine test and tested positive for drug consumption. He was said to have admitted to the police that he had consumed drugs on his own will.

Following reports of his father's arrest, FujiTV confirmed that the next broadcast of Asano's current drama "Keiji Yugami" will go on as planned on 7 December.

Well, there are only two episodes left of Keiji Yugami, I don't think the station will pull the rest of it off. I hope they don't make Asano apologise for something his father did.

Well, the sole consolation in this whole episode is that the drama is already nearing the end of its run. It would be silly to cut it shorter just because of something which Asano himself was not involved in.

As for the apology, it depends on how the case may proceed. If his father gets off with a suspended indictment, the agency may issue something to apologise for its president's action. Usually, if a child commits a mistake, it's common to see the parent apologising but we hardly see cases the other way round so it's too early to tell if Asano will need to do anything about this.