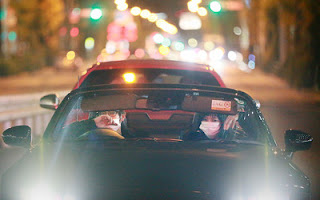 Kubota Masataka and Mizukawa Asami are said to be dating and have been living together since autumn this year according to FRIDAY's 8th December issue. When asked about the report, the couple's agencies simply commented that they will leave this to their artistes to handle since they are already adults thus indirectly admitting to the fact that the two of them are an item.

According to FRIDAY's report, Kubota and Mizukawa were caught leaving the carpark of a designers' condominium in Tokyo on a late November night and proceeded to go on a drive in a black Mazda Roadster. Despite the cold weather, the roof of the car was open thus allowing a full view of Kubota who was at the wheel and Mizukawa who was in the front seat with him. It was further revealed that the two of them started living at the above-mentioned condominium together since autumn this year and that their agencies' cars were there frequently to pick them up for work thus suggesting that their relationship was known to their agencies. Kubota is said to be paying the monthly rent of JPY 400,000 for the apartment and the Roadster actually belongs to him rather than Mizukawa who used to drive a white car. FRIDAY then interviewed Mizukawa in early December but she did not say anything and simply smiled to the reporters.

Kubota and Mizukawa worked together in the FujiTV / Kansai TV Summer 2017 drama "Bokutachi ga yarimashita" where he played her student and she was his form teacher. In real life, Mizukawa is also 5 years older than Kubota. 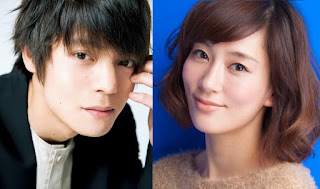 Kubota's only reported relationship in the past was with Tabe Mikako. The two of them started dating after working on the TBS Autumn 2012 drama "Ooku ~ Tanjou [Arikoto Iemitsu Hen]" and were said to have broken up once in 2014 before they finally called it quits in 2016. It was rumoured that Tabe had fallen for someone else thus leading to their breakup.

On the other hand, Mizukawa had been previously romantically linked to Arashi's Aiba Masaki, Koide Keisuke and Daito Shunsuke. She was caught dating Aiba by FRIDAY after they worked together in the 2004 movie "Pikanchi LIFE IS HARD Dakara HAPPY". The two of them were said to have broken up and reconciled a number of times during their relationship of 6 years before they finally ended it. Subsequently, Mizukawa started dating Koide after they worked together in the "Nodame Cantabile" movies in 2009 and 2010 and they were caught on a late-night date by FRIDAY in April 2011. However, they broke up later supposedly because of Koide's womanising ways. Mizukawa then started seeing Daito who was her junior from the same agency in autumn 2014 and they even went to attend a friend's wedding together thus giving rise to rumours that they were about to get married. However, the two of them reportedly broke up in spring 2016 due to differences over marriage and Daito not leaving his agency along with Mizukawa. She had left her agency of 20 years on 1 April 2016 and it was widely speculated that they would leave together but the contrary happened.

Honestly, the news really shocked me. Thanks for this informative article.

O.O
then who is Tabe-san with?? She's sooo cute and adorable!!

Wow, absolutely fantastic blog. I am very glad to have such useful information

Wonderful article and so helpful.