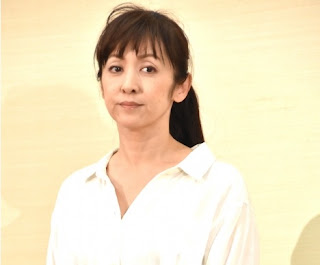 Saito Yuki is said to be having an affair with her family doctor in his 50s who is also married, according to "Bunshun Online" on 2 Aug and the 3 Aug issue of "Shuukan Bunshun". In response to the news, Saito denied the allegation with a fax statement sent by her agency to the media on 2 Aug. In the report, Saito was caught holding hands with the doctor while walking down the staircase after they went to watch a movie for 2 hours and emerged from the cinema theatre. They were also caught meeting up 4 days in a week and spent an extended amount of time in an apartment at Yokohama's Chinatown which was rented by Saito to be used as her personal agency's office.

In Saito's statement, she apologised for the controversy and concern caused by this report and denied that there was anything going on between her and her family doctor. She stressed that he was just supporting her because she stumbled on the staircase so they were not holding hands as claimed in the report. Saito also explained that the doctor had been seeing her and her family since she went through an intensive weight loss programme under him 6 years ago. She continues to see him for injections related to maintaining her skin and health conditions. However, as she wanted to avoid causing a disturbance to the other patients at his clinic and that she was conscious of her status as an actress, she had asked him to go to her personal agency for the consultations and treatment. Saito described her relationship with the doctor as that of a trainer and an athlete as he has played a supportive role in her career as an actress and busy private life. At the end of her statement, Saito pledged to hold a press conference to explain the issue in detail.

In response to the affair report, Saito's husband was also asked by the media who had gathered outside their house in Yokohama. He said that Saito was not at home and he had nothing to say about this before heading into the house with his children. On the other hand, the staff of TV Asahi's morning show "Hattori Shinichi Morning Show" went to interview the doctor in question who also denied the rumour of him having an affair with Saito and confirmed that he goes over to her agency's office for the consultations.


Saito married her husband who is 2 years older than her in 1994 and they have three children i.e. one son and two daughters in junior and senior school. This is not the first time she has been exposed for having an affair with married men as she was romantically linked to the late Ozaki Yutaka in 1991 and celebrity Kawasaki Mayo in 1993 before she got married in the following year.

At the time when she was reportedly having an affair with Ozaki, the two of them were caught going on a trip to Otaru, Hokkaido, by a tabloid. Due to the fact that the two of them were extremely popular then, it caused a huge hoo-ha which led to her having to explain things during a press conference. Saito described her relationship with him as that of comrades but only said that things between them were complicated because he had a wife.

Two years later in 1993, Saito was caught by FRIDAY for her affair with Kawasaki. This led to the three of them i.e. Saito, Kawasaki and his wife Kaiya holding a press conference together when she apologised to Kaiya for her relationship with Kawasaki and acknowledged that she did not learn from her mistake two years ago i.e. the affair with Ozaki. It was the first time that she had acknowledged her affair with Ozaki. She commented then that she had been the type to let emotions rule her head to the extent that she hated herself for doing that.

Saito held her press conference on 3 Aug where she stressed that the doctor is her family physician and there is nothing going on between them. The two of them are movie lovers and had talked about going to watch a movie together after work. She admitted that it was probably bad for them to do that as they could be misunderstood to be on a date even though watching a movie is actually an ordinary activity. As for the photo of them holding hands, Saito explained that she had been touched by the movie they just watched and was crying when she left the theatre. However, as the theatre was pretty old, she stumbled on the staircase while leaving and depended on her doctor to support her as they walked down the stairs. She admitted that it was wrong for her to hold hands with him even for such a short while as it gave people the wrong idea but confessed that she does have some positive feelings towards her doctor which was probably what led to this action. Nonetheless, she stressed that they were not holding hands for a long time as claimed by Bunshun since they stopped doing that once they had come down to the first floor. When asked by the media if they had "crossed the line", Saito insisted that they had not done anything like that.

When asked if they had indeed met up frequently, Saito said that she did not remember if that was the case. She revealed that the doctor would always fill up her medical records whenever he comes for her consultations and treatment and that her make-up artist is always with them during these sessions. As for whether her husband knows about these sessions at the apartment, Saito said that she wanted to address the media personally so she had told her husband to say to the media gathered at her place that he doesn't know anything. However, he actually knows about the consultation sessions. As for his response to the photo of her and her doctor folding hands, she said that she is too scared to ask him as she thinks that he will definitely be angry at her although he hasn't said anything yet.

When asked about this being her third reported affair with a married man, Saito didn't have an answer  to that and said that this press conference is not the appropriate place for her to be making smart-aleck amounts.

I love Yuki Saito too.... What a lucky doctor!

Not the pure angel her agency tries to convince us she is. Which is actually great, she's a human being which makes me love her more.