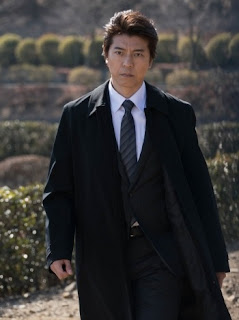 Kamikawa Takaya will be starring in the new TV Tokyo drama SP "Temisu no Tsurugi" (Themis' Sword) which will be shown this autumn. The drama which is based on the same-titled novel by Nakayama Shichiri, features Kamikawa as a detective Watase who tries to find the truth behind a case over the span of more than 20 years so he will be acting as this character from his 20s to 50s.

Kamikawa commented that it was interesting to act in a story like this where there are many mysteries scattered around as his character tries to link the dots to arrive at the truth. In addition, the story shows the various sides of human nature and what is exactly justice. Last but not least, he had to show how Watase struggled with an emotional wound which never healed despite the passage of time.

The drama's scriptwriter will be Ban Kazuhiko while the director will be Hoshi Mamoru.