Kato Takako announces the birth of her second son 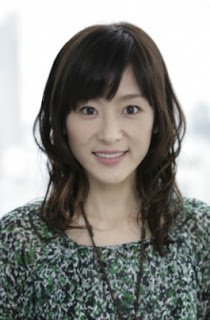 Kato Takako announced the birth of her second son through her blog on 23 August after she gave birth to the baby at 4.30pm on the previous day by C-section. She thanked everyone for their well-wishes and congratulations which were read to her by her husband and gave her a lot of encouragement even though she was in a daze for most of yesterday. Kato also revealed that she is doing well even though the surgery was supposed to be full of risks for her but things turned out well for her in the end which she attributed the miracle to everyone's prayers for her. She then went on to thank the medical team for their help in saving her and her child who is in the ICU at the moment. Although he was born at 36 weeks under the condition of total placenta previa, he is doing very well now and broke the hospital's record of being the heaviest baby born under this situation. Although Kato has yet to meet the baby yet, she will try to get better soon so that she can go and see the baby. Last not least, Kato thanked everyone including her family for their help which made it possible for her to give birth at the age of 46 years and 10 months.

Kato gave birth to her elder son in November 2014 at the age of 44 and started to prepare herself for her second pregnancy since February last year. However, she revealed on her blog in March this year that her husband had an infertility issue so she shared her efforts in trying to get pregnant when they went through treatment which attracted a lot of attention from women and married couples who were having similar problems.