Takashima Masanobu announces the arrival of his first child 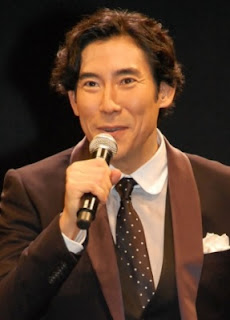 Takashima Masanobu announced the arrival of his first child through his agency on 22 August and revealed that the baby was born on the previous day at 3pm. Both mother and child are doing well. Takashima said that his son is slightly on the heavier side and is the first grandson to his parents and his wife's parents. He revealed that he had called his parents Takashima Tadao and Sumi Hanayo over the phone and he cried when he heard them congratulating him. Takashima expressed his gratitude for the arrival of his new family member and pledged to work hard going forward.

Takashima was previously married to model Miwon between 2008 and 2012. He married his current wife who is a doctor and 14 years younger than him in September 2015.