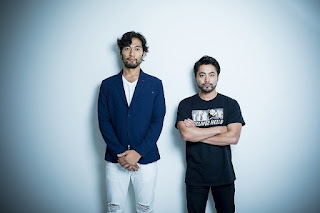 Yamada Takayuki will be producing a new movie "Day and Night" which is scheduled to be shown in cinemas next year. However, he will not be acting in the movie as he wants to concentrate on being the producer. Besides regular meetings about the script, he was also involved in negotiations to find sponsors and location shooting places and conducted auditions to find the cast. Filming will begin in November this year at Kazuno City and Mitane-cho in Akita Prefecture.

The theme of the movie aims to explore what it means to be good and evil where the lead character returns to his hometown due to the sudden suicide of his honest and dependable father. However, he comes to know about a hidden side to his father and gets twisted between the conflicting sides of good and evil which leads to him becoming involved in the vice trade. The lead character will be played by Abe Shinnosuke who is Yamada's colleague in the same agency and a longtime friend. This will be Abe's first leading role in a full-length movie.

Yamada said that when people are confronted with gentleness vs. harshness or ideals vs. reality, they tend to protect themselves by deciding what is good and evil. However, there is often no perfect answer or criteria to do so thus if people can't do this, they probably cannot survive. Nonetheless, Yamada hopes that this movie will question the audience on this. Although there may be people who may think that this is a clumsy and poor attempt at discussing this theme, he hopes to challenge himself instead of living smartly.

The supporting cast members will be decided by an audition so those who are interested in applying can do so via the website Mirror Liar. Yamada and Abe will be present at the auditions to meet those shortlisted. There will also be an audition held in Akita so as to boost efforts in rejuvenating the rural areas.

The director will be Fujii Michihito whose recent works include the drama "Hyakumanen no Onnatachi" and the CM for Pocket Monster. He revealed that the project began four years ago as an idea between him and Abe and it took more than 10 revisions of the script before it was finalised.