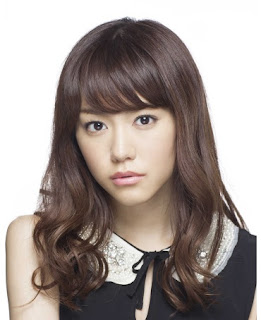 Kiritani Mirei will be starring in the new movie "Revenge Girl" which will be directed by Miki Koichiro and released in cinemas from 23 December. The movie is based on the novel written by Kiyo Tomohide and Yoshida Erika which will be published this autumn.

Kiritani plays the lead character Takaraishi Miki who is a 24-year-old OL. She graduated as the top student from University of Tokyo and had also won the Miss Campus title thus making her appear as the "perfect" girl with brains and looks. However, her biggest flaw is her ugly personality which she doesn't realise. One day, her boyfriend who aspires to become a politician dumps her thus leading to Miki resolve to become a politician and the Prime Minister one day so as to get back at him.

Kiritani commented that her character's idea of wanting to become the Prime Minister because she fell out of love is something that she can never come up with or imagine so she finds it very interesting. As such, she will try her best to play this cheerful and energetic character in the hope that this will become a source of encouragement to all the women out there. Just two years ago, she was still playing a senior high school student in the 2015 movie "Heroine Shikaku" so she also hopes to show her growth over this period by playing an OL this time.