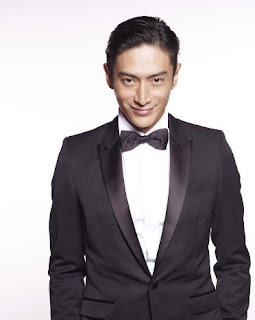 Iseya Yuusuke will be appearing in the TBS Autumn 2017 drama "Kangoku no Ohimesama" starring Koizumi Kyoko which will begin its run from October 2017 in the Tuesdays 10pm timeslot. This is Iseya's first appearance in a private network drama series since his debut as an actor in 1999.

The drama which is written by Kudo Kankuro, is a comedy set in a female's prison about 5 women prisoners and their warden who get together to take revenge on a certain man. The story begins in the present when 5 women get together to abduct a handsome company president for the sake of taking revenge for one of them. However, things do not proceed as they imagined and there are many hiccups along the way. It is then revealed that these women had already planned this six years ago when they met in a female's prison. Koizumi plays the lead character Baba Kayo, a career woman who had a younger husband and a child but stabbed him out of anger when she found out that he was having an affair. As a result, she is serving a 5-year sentence for the conviction of attempted murder. Kanno Miho plays a charismatic housewife Katsuda Chinatsu who was caught for tax evasion and is regarded as the leader among the female inmates while Sakai Maki plays Daimon Yoko who resorted to embezzlement and fraud to get money for the purpose of supporting her favourite actor. Kaho plays Edogawa Shinobu who is the daughter of a dairy products manufacturing company's president and was framed for the killing of the vice president's lover and Morishita Aiko plays Adachi Akemi who took the rap for her gangster husband and ended up in jail for possession of illegal drugs. Mitsushima Hikari rounds up the cast as the female prisoners' strict warden Wakai Futaba who has a strong sense of justice and later participates in the revenge plot. Although the story is supposed to be full of suspense, it is peppered with a lot of funny dialogue often seen in Kudo's dramas.

Iseya will be playing a baddie named Itabashi Goro, the handsome company president who the main characters want to abduct. He joked that since this is his first appearance in a private network drama series, he initially thought that it would be nice to play a good person but it might actually be a better idea for him to play a baddie with his looks now at the age of 41. As for what made him decide to take on this role, Iseya revealed that he used to prefer spending time on his own but he has started to feel that it might be good to spend more time with other people. Comparatively, filming a drama tends to take longer than a movie and he thinks that it will be stimulating for her to take on a drama now. As for acting in his first Kudo work, Iseya said that he will have to make sure that he is familiar with the character setting and story before the filming so as to act naturally so he's very excited about the filming.

Meanwhile, Kudo said that he chose Iseya because he will be a huge contrast to the female inmates where men are seen as an alien object in their world behind bars. Rather than introduce a number of different guys in the story, Kudo wanted Itabashi to be the sole super male character. Itabashi is a flashy and ambitious man who represents the overly beautiful evil and he has never written such a character before thus Kudo wanted to choose an actor who will be working with him for the first time. He was pleasantly surprised to find out later that Iseya had never been in a drama series before so he joked that since he likes "virgins", he was even happier with his choice.

Other co-stars in this drama include Tsukamoto Takashi who plays Hasegawa Nobuhiko, an observant and capable prosecutor, Ikeda Narushi who plays Goma Hajime, the chief warden of the women's prison and Nekoze Tsubaki who is a fellow inmate living in the same cell as Baba Kayo.