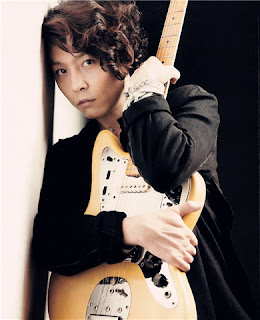 Domoto Tsuyoshi who is still undergoing treatment for sudden deafness in his left ear, will cancel his solo appearances at two summer music festivals as announced by his agency on 1 August. The affected festivals are Summer Sonic 2017 which is scheduled to take place at Makuhari Messe in Chiba on 19 August and Maishima Sonic Park in Osaka on 20 August as well as Inazuma Rock Fest 2017 happening at Kusatsu in Shiga on 19 September. According to his official website, the reason for not proceeding with these performances was due to poor health. Meanwhile, his solo concert at Heian Shrine in Kyoto which would have been held for the 8th consecutive year this year from 1 September to 3 September is currently under review so the final decision as to whether to cancel this will be announced later.

Domoto was hospitalised for sudden deafness in his left year from 27 June to 4 July and had to skip KinKi Kids' 20th anniversary concerts at Yokohama Stadium on 15 July and 16 July as he had yet to recover. Other than music-related activities, Domoto has returned to work for programmes such as his solo radio show "Domoto Tsuyoshi to Fashion & Music Book" on bayfm and KinKi Kids' variety show "KinKi Kids no Bunbuboon" on FujiTV>

Sources: Sanspo / Yomiuri Hochi / Sponichi
Posted by Chiaki at 1:00 AM