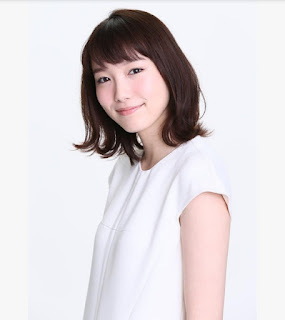 Iitoyo Marie will be starring in the new FujiTV drama SP "Aoi Tori Nante" which will be shown via CS FujiTV TWO in October. The story is based on the winning script by 17-year-old Kuribayashi Yuko who won the 4th Dorama Koushien competition which is held to discover promising scriptwriters who are currently senior high school students. Filming began on 3 August and Kuribayashi will also be the director of this drama SP.

Iitoyo plays a senior high school student Asadera Karea who is troubled over her feelings for her boyfriend set during the last summer of her high school days. By a strange stroke of fate, Karea happens to meet Sekiya Kouichi (Sugino Yousuke), the scholar of their school, when they send a blue bird to the vet. Nakamura Yurika will play Yoshii Nazuna who is in love with Sekiya while Makita Sports will play a street musician who is a key person in this story.

Iitoyo said that as she had only graduated from senior high school in spring last year, she found it interesting to be acting in a drama written by someone in the same age group and expressed her joy at being able to take part in this project. Although she had acted in love stories before, this is the first time she has acted in one written by a senior high school student so the lines are filled with a sense of pureness, innocence and frankness which she found to be rather refreshing. Iitoyo also reflected on her meeting with Kuribayashi who she described as someone who has strong feelings for her work so she hopes to be able to support Kuribayashi in conveying the drama's theme to the viewers.

Sources: Yomiuri Hochi / Sanspo / Oricon
Posted by Chiaki at 12:07 AM