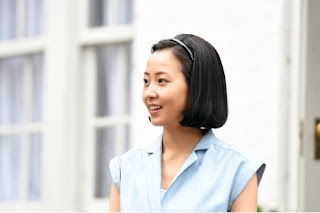 Kinami Haruka will be appearing from the 3rd episode of TBS Summer 2016 drama "Seiseisuru hodo, Aishiteru" as the wife of Takizawa Hideaki's character Miyoshi Kairi. To date, the drama had given the impression that Hashimoto Manami's character Haruka is Kairi's wife but in actual fact, Yuka is the one who is married to Kairi. In contrast with the original manga, the Yuka in the drama will deviate from the goody-two-shoes image projected in the manga. Kinami admitted that she probably won't be able to play a good person this time but it is still early days to know what Yuka will do to Kairi and Mia (Takei Emi) so she is also eagerly awaiting to see how things will turn out.