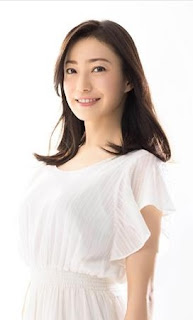 Kanno Miho will be making her return to dramas for the first time in four years when she takes on the leading role in the TBS Autumn 2016 drama "Suna no Tou ~ Shirisugita Rinjin" (The Sand Tower ~ The neighbour who knows too much) which will be shown from October in the Fridays 10pm timeslot. She last appeared in the FujiTV Autumn 2013 drama "Kekkon Shinai" before she got married to Sakai Masato in April 2013 and gave birth to their first son last August.

Kanno plays the role of Takano Aki, a 38-year-old housewife who aspires to live in a high-rise condominium apartment and finally realises her dream with her husband who is a salaryman, son who is in senior high school and daughter who is in kindergarten. However, she finds that her new life is far from ideal as she meets a strange neighbour who causes a lot of trouble that leads to her isolation from the other housewives living in the same block and the gradual disintegration of her family. In addition, she also has to contend with jealousy, vanity, peer pressure and discrimination among the residents of the high-rise condominium through being pressured to pay 5,000 yen for a lunch or take part in events such as the Halloween celebration.