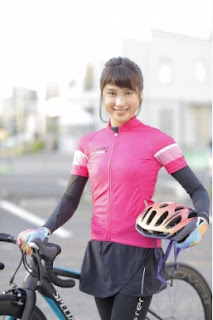 Tsuchiya Tao will be starring in the new love-comedy movie "Tori Girl!" (Bird Girl) which will be shown in cinemas next year. The movie which is based on the same-titled novel by Nakamura Kou and directed by Hanabusa Tsutomu, talks about a group of university students who put in their all to take part in a Tori Ningen Contest i.e. human-powered flight machines at Lake Biwa.

Tsuchiya plays the lead character Toriyama Yukina who made it to a science university after repeating for a year. Upon starting school, she joins the club aiming to take part in the Tori Ningen Contest because she has fallen in love at first sight with a senior who is also in the club. While preparing for the contest, she tries to achieve their dream of flying with her beloved and handsome senior and another senior who behaves like a delinquent. To date, Tsuchiya has acted in many good student roles but this time, her character will be someone who doesn't mince her words and just speaks whatever comes to her mind. Due to the amount of lines, Tsuchiya commented that this is the first time that she has to memorise so many lines in a script but she will put in her best to play this character.

With regard to choosing Tsuchiya for the role, Nakamura said that he visualised her as being the best fit to play the heroine who is healthy, able to cycle well, not put on a pretense in front of others, behave like an old man at times and charm the science stream guys at the same time.

Filming begins from the middle of July to August with the climax scene to be shot at the end of August during the actual "Tori Ningen Contest 2016". Tsuchiya who graduated from a sports university and is known for athletic, will be riding a human-powered propeller during the contest for the first time so she is busy with training on a road bike while preparing for the filming.