Kato Natsuki gives birth to her first child on 7 July 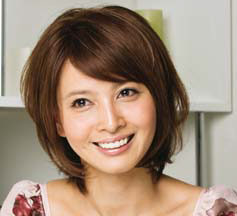 Kato Natsuki announced through her blog on 8 July that she had given birth to her first daughter the previous day. In her statement, she revealed that the baby was born at 7.19pm and weighed 3,118 grams at birth. She expressed her joy at her daughter being a Tanabata girl and was touched when she heard the baby cry loudly for the first time. Kato said that she and the baby are doing well. Although she is still unsure about what lies ahead for her in motherhood, she will try to shower lots of love on her beloved daughter.

Kato married a web designer in June 2014 and announced her pregnancy during the Kobe Collection fashion show in March this year.