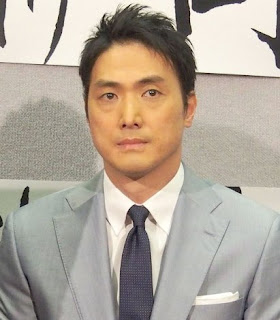 Hira Takehiro announced his marriage to a non-celebrity on 11 July through his agency's official website on the following day. In his statement, Hira revealed that he had met his wife 3 years ago and that she is of the same age as him and is working in the publishing industry. They started dating last year with the intention of getting married so it was a natural progression for them to move on to the next stage of their lives. Hira also commented that he will work hard to strike a balance between family and work commitments and called for everyone's support. As for details of his wife, he called for everyone's understanding that he wished to protect her privacy by not revealing her name and photo especially since she is still working after marriage.

Hira who is the son of actor Hira Mikijiro, can be seen in the ongoing NHK Taiga "Sanadamaru" as Takeda Katsuyori and is active in both dramas and stage plays.