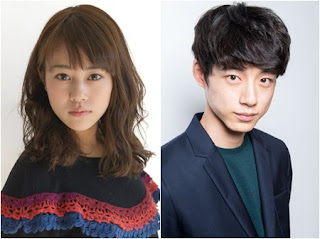 Takahata Mitsuki and Sakaguchi Kentaro are rumoured to be dating as reported on 29 November. The two of them worked together in two dramas this year i.e. NHK's morning drama "Toto Nee-chan" and FujiTV Winter 2016's "Itsuka kono koi wo omoi dashite kitto naite shimau" and were said to have started dating at least six months ago.

When asked about the news, Takahata's agency denied that they are an item and said that they are merely friends. Sakaguchi's agency also echoed the same and stated that she is just one of his close friends.