Fujimura Shunji passes away due to heart failure 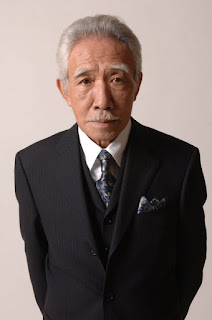 Fujimura Shunji passed away due to heart failure on 25 January as announced by his son Ami on his father's official website on 1 February. The elder Fujimura was 82 years old. There will be a flower presentation event held from noon on 14 February at Chouzenji in Shibuya, Tokyo, for everyone to pay their respects to Fujimura.

According to the statement, Fujimura passed away peaceful at a hospital at 8.45pm on 25 January. He had been undergoing treatment and was recuperating there ever since he quit from the NTV programme "Burari Tochuu Gesha no Tabi" in December 2015.

Fujimura was born at Kamakura City, Kanagawa Prefecture, in 1934 and quit Waseda University before graduating from Toho Geinou Gakkou. He earned the nickname Ohyoi-san thanks to his light and chirpy way of speaking and had appeared in many dramas and movies such as "Ousama no Resutoran" and "Death Note".

Later on the same day (1 February), Ami held a press conference where he revealed that his father had been going through rehabilitation since he collapsed due to cerebellar hemorrhage in 2015. However, he developed pneumonia in summer last year which caused his condition to worsen and there were a number of times when things got critical for him. When Fujimura passed away, Ami was the only one beside him but he was glad to have been able to care for his father throughout this period.

As for Fujimura's second wife who was 28 years younger than him and got married to in 1996, Ami commented that as far as he was aware, his father had gone through a divorce with her in December 2013 so ever since then, the elder Fujimura had been living with him. However, Ami did not get to know the reason why they split up. Besides, Fujimura never announced his divorce in public so in respect of his wishes, Ami did not speak about it to anyone as well until now.