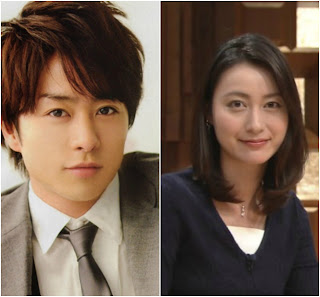 Arashi's Sakurai Sho and TV Asahi announcer Ogawa Ayaka are said to be dating according to the latest issue of "Shuukan Post" due to be published on 27 February. The article is said to include a number of photos taken of the two of them when they met up at places such as Ogawa's apartment. With regard to the article, Sakurai's agency did not deny the dating rumour directly but simply said that they are close friends. As for TV Asahi, they said the same thing and confirmed that Sakurai and Ogawa had never worked together before. According to various news reports, the two of them met through mutual friends and were said to have started dating about one year ago.

Twitter, Tumblr and Arashi line group were crazy since Saturday..
Whether it is true or not, I just hope sho is happy.. ^^