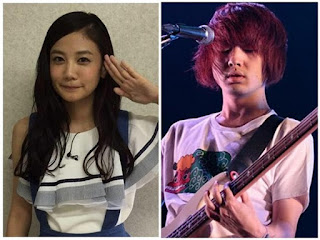 Rock band KANA-BOON's bassist Meshida Yuma admitted to having an affair with Shimizu Fumika in the past following her revelation about her failed relationship in her tell-all book "Zenbu, Icchau ne" (I will say everything) which was published on 17 February after her retirement and renouncement saga. According to the statement released by Meshida through his agency, the two of them started dating in June 2015 although Meshida got married to his wife in April the previous year and had kept this from the public and Shimizu. It was until September the same year that he first told Shimizu about his marital status and had apologised to her about it but the two of them only broke up in January 2016 as he couldn't give up on his feelings for her and that he took some time to come clean with his wife.

Meshida apologised for his actions having hurt both his wife and Shimizu and the inconveniences caused to the people around him and Shimizu as well as his fans as a result of this affair. He revealed that he had apologised to his wife and her parents and that things are fine between them at the moment.