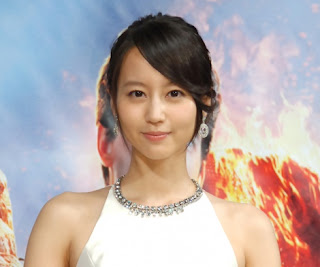 Horikita Maki announced her retirement from showbiz through a handwritten statement released by her agency on 1 March 2017. She expressed thanks to her fans and everyone she had worked with over the last 14 years and revealed that her decision to quit was because she wanted to concentrate fully on her family especially after becoming a mother. She had also discussed this with her husband Yamamoto Koji who expressed understanding and support for her decision.

Horikita made her debut in the 2003 movie "COSMIC RESCUE" at the age of 14 after winning the heroine's role at the audition and had appeared in many dramas and movies to date. Her signature works include 2005 drama "Nobuta wo Produce", 2007 drama "Hanazakari no kimitachi e Ikemen Paradise", NHK's 2012 morning drama "Ume-chan Sensei" and 2005 movie "ALWAYS Sanchome no Yuuhi". She got married to Yamamoto in August 2015 and gave birth to their first child last December. Ever since her last drama "Higanbana" in Winter 2016, she had not appeared publicly except for her TV CMs which ran till end of January this year.

This is unfortunate for me. I really enjoy her in her dramas. I hope she is happy with her family.

It's okay, just like Narimiya she has long list of drama and movie under her name so there always something to watch when we miss her.
Wish her a happy and peacefull life for her onward.

I can understand her, she's always been very private and I guess she wants time to be a mother now as the baby is still so small.
But interestingly I don't think she used the word intai suru but more distancing myself from acting.
Some in the J-ent business are thinking that she'll do comeback after things have settled down and debut under her husbands management company.
It's known that her relationship with SP wasn't so very good these past maybe 2 years.
She can do a comeback and use her own name Hara Marina.