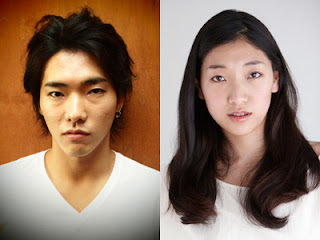 Emoto Tasuku and Ando Sakura are expecting their first child as reported on 6 March. According to insiders, Ando is currently seven and a half months pregnant and due to give birth in June. At present, she is busy with the filming of "DESTINY Kamakura Monogatari" and will begin her maternity break once that is wrapped up. This will be the couple's first child and Tasuku's father Emoto Akira's first grandson. Her agency confirmed the news of her pregnancy.

Ando is the daughter of actor Okuda Eiji and essayist Ando Kazu while her elder sister Ando Momoko is a movie director. As for Emoto, his mother Tsunogae Kazue is an actress while his younger brother Tokio is also an actor. The couple dated for three years before getting married on White Day in 2012. Ando's most recent public appearance was on 3 March when she was the host and presenter at the Nippon Academy Awards ceremony.


That's great. Both very talented actors, who are not afraid of taking on difficult roles.