Watase Tsunehiko passes away due to multiple organ failure 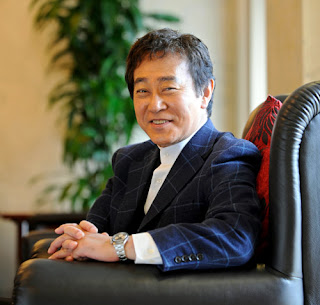 Watase Tsunehiko passed away in a Tokyo hospital at 11.18pm on 14 March due to multiple organ failure. He was 72 years old. According to the fax statement released by Watase's agency on 16 March, Watase's funeral and farewell ceremony will be attended by his immediate family members only as per his wishes. He leaves behind his wife Iho, a son and a daughter and his elder brother is actor Watari Tetsuya.

Watase was admitted to hospital for pneumonia in June 2015 during the filming of a drama and complained about feeling unwell in the autumn of the same year. After going through a checkup, he was diagnosed with a tumour in his gallbladder. He returned to work from December the same year while undergoing treatment and being admitted to hospital for short stays. While filming TV Asahi drama "Keishicho Sousa Ikka Kyuugakari" last year, he was diagnosed with gallbladder cancer but did not tell his co-stars and staff members at all except for a few who knew about his condition. Watase used to drink heavily but had abstained from alcohol since he was diagnosed with cancer. He was scheduled to make an appearance on 2 March at the completion press conference of TV Asahi drama SP "Soshite dare mo inakunatta" showing on 25th and 26th March but was absent with the reason of scheduling conflicts.

Watase was expelled from the law faculty of Waseda University and worked at the PR centre of advertising firm Dentsu. While his elder brother Wataru became a youth star of Nikkatsu movies, Watase had no interest in showbiz then and it was only until 1969 when he signed a contract with Toei to become an actor and made his debut the following year. Since then, he had appeared in many movies and dramas and won awards such as the Blue Ribbon, Nippon Academy and Kinema Junpo. In recent years, Watase was more active in TV dramas.

Watase was previously married to the late actress Ohara Reiko between 1973 and 1978 before he married his current wife Iho who used to be a OL. His last appearances on screen together with his brother was in the 2011 TBS drama SP "Kikyou" and in 2013 TBS drama "Nishimura Kyotaro Suspense Totsugawa Keibu Series 50th commemorative work Kieta Tanker" where Watase was the lead and Watari was the guest star.

In the statement released by Watase's agency, he was planning to participate in the filming of the latest installment of "Keishicho Sousa Ikka Kyuugakari season 12" which is scheduled to begin in February. The drama is scheduled to begin its run from April. However, he had been hospitalised due to pneumothorax in his left lung around mid February. Nonetheless, he recovered well enough to take part in the drama's scheduling meeting on 13 March but his condition suddenly took a turn for the worse in the night of 14 March and passed away due to multiple organ failure brought about by septicemia. 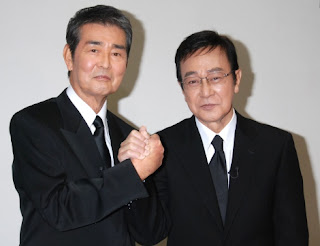 With regard to his younger brother's sudden demise, Watari released a statement through his agency where he mentioned that he was mentally prepared for the worst when Watase told him about his stage IV cancer and that he only had about a year left to live. However, he is still at a loss for words when faced with the passing of his younger brother especially when he recalls the time they spent together since childhood to now.

Meanwhile, V6's Inohara Yoshihiko who has also appeared in the "Keishicho Sousa Ikka Kyuugakari" series together with Watase since 2006, released his comments about the passing of his co-star. Inohara referred to Watase as his colleague and respected teacher and that there were so many memories between them so he can't find the right words to describe his feelings now. In the drama series, Inohara plays Watase's colleague and his daughter's (Nakagoshi Noriko) boyfriend. According to insiders, the first two episodes of the drama had been filmed without Watase who was hospitalised during the same period. TV Asahi has also confirmed that the 12th installment will be broadcast as planned from next month in the Wednesdays 9pm timeslot.