Inoue Takashi passes away at the age of 56 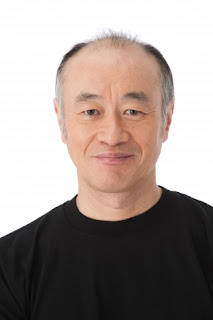 Actor Inoue Takashi passed away in a Tokyo hospital at 6.30pm on 4 March as announced by his agency on 8 March. He was 56 years old. According to his agency, the cause of death was not revealed even though it was indicated on its website that Inoue was recuperating from an illness. His funeral will be attended by close family members only as per the wishes of his family. As for his farewell ceremony, it will be held on a later date.

Inoue was born on 27 December 1960 in Miyazaki and became a founding member of the theatre group Gekidan Kakusuko managed by Nakamura Ikuji. He was active in many dramas and stage plays including 2016's WOWOW drama "Cold Case" and TBS drama "Wataru seken wa oni bakari" as well as TV Asahi's "Aibou season 14" and NTV's "Woman". He also formed the band WataruOni Oyaji Band with members such as Kadono Takuzo which made their CD debut.