Dean Fujioka announces the birth of his third child via Instagram 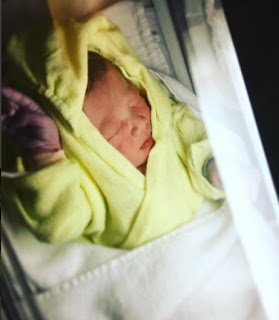 Dean Fujioka announced the birth of his third child via his Instagram account on 14 March. The post contained a picture of his baby and hashtags of "#remember311" and "#godbless" but there were no other comments from him.

Fujioka announced his wife's pregnancy to his fanclub members in October last year and expressed the joy of welcoming a new member into their family. He has a pair of twins (one boy and one girl) who were born in October 2014.

Source: Yomiuri Hochi
Posted by Chiaki at 12:54 AM