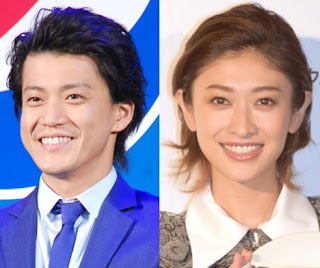 Oguri Shun and Yamada Yu welcomed the arrival of their second baby recently as announced by Yamada via her Instagram account on 21 January. In the handwritten statement, Yamada mentioned that although it will be tough being a mother of two children, the family is grateful for the safe arrival of their latest member and will work hard together to lead a happy life. However, there were no details on the gender nor the date of birth of the baby. One day earlier, Yamada's agency K-Dash broke the news first during their New Year's party at XEX DAIKANYAMA.

Oguri and Yamada got married on 14 March 2012 and their first daughter was born in 2014. They announced Yamada's second pregnancy in September last year.