Esumi Makiko announces her retirement from showbiz amid infidelity rumours 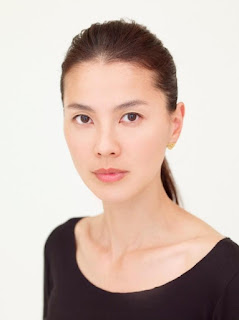 Esumi Makiko made a shocking announcement about her immediate retirement from showbiz on 23 January via a fax statement issued by her lawyer. Coincidentally, reports of her alleged infidelity and her living apart from her husband for the past two years are to be published in some female weekly magazines tomorrow to which she flatly denied in her statement.

In her statement, Esumi clarified that the man who she had met as reported in the articles to be released was actually someone she had entrusted her money to for investments. The meeting between them was purely a bid on her part to retrieve her investments and she denied that there was no romantic relationship between them. As such, she reserves the right to sue against those which are publishing such baseless reports.

As for the part regarding living apart from her husband, Esumi admitted that this is true but emphasized that this was for the sake of conveniences in their respective lifestyles and that their relationship is definitely not on the rocks. As such, there are no plans for a divorce.

With regard to her intended retirement from showbiz, Esumi acknowledged that this is true and expressed her thanks to be able to work in the entertainment world for the past 30 years. However, with the birth and growth of her children, she hopes to stop in her steps and make some choices for herself and her children at this stage thus leading to her decision to leave showbiz.

Esumi was a professional volleyball player after she graduated from senior high school but was forced to quite due to an injury. She later became a model and made her debut as an actress in 1995 through the movie "Maboroshi no Hikari". A year later, she married photographer Kirishima Rowland but they divorced 9 months later. In 2003, Esumi remarried FujiTV's general director Hirano Shin and gave birth to their daughter and son respectively in 2005 and 2009. In March 2014, Esumi left Ken-On, her agency for the last 18 years and set up her own agency Inquirer.

Although the full report about Esumi has not been published yet, Josei Jishin has shed some light on the situation leading up to her retirement announcement. On 19 January, the editorial department sent a series of questions to Esumi asking if she is having an affair who is referred to as A. According to the magazine, they had taken photos of her and A spending more than 6 hours together at a highrise apartment unit in Tokyo last December. A was caught in August last year for an investment scam and subsequently sentenced for violating the Financial Instruments Transactions Act. However, instead of receiving a response from Esumi about this matter, the editorial department received a fax statement from her lawyer in the evening of 20 January which mentioned her retirement from showbiz. When the reporters went to interview Esumi's husband Hirano about the alleged affair, he acknowledged that he knew about A and even admitted to living separately from Esumi since two years ago.

More details about this are expected to be revealed when the full report is published in the 24 January issue of Josei Jishin.

"According to the magazine, they had taken photos of her and A spending more than 6 hours together at a highrise apartment unit in Tokyo last December."

OMG, so now 6 hours together in an apartment means cheating ? o.O''

Sad that this has happened to Esumi, regardless of whether this "affair" thing is true. I haven't quite liked her other dramas since Love Revolution, but had felt she at least deserved another good role before quitting showbiz. Ah well.

Well, her kids are, what, 12 and 7 now..? Something like that. Maybe she just wants to spend more time with them.

I remember her mostly from the endless Shomuni remakes.. dreadful stuff, but she has done some decent work also: Triple Kitchen, Dokushin Seikatsu, and yes, Love Revolution.

@Himitsu_17: It's probably the situation she had put herself in which created this impression that something was going on between her and that guy. I don't really think purely being in the same apartment with a member of the opposite gender is that scandalous but then again, the time spent seemed a bit too long to be having discussions. Coupled with the marital woes at home, these things add up to create an impression that something was going on.

There were comments from those in the legal profession that if the guy had indeed cheated her and other investors of their money, she should have taken legal action or got a lawyer to represent her in the negotiations and this should have taken place in a public place. Then again, you can also argue that being a celebrity, if she's seen in the public with another man, tongues can wag too. I guess the fact that she had been living separately from her husband for two years added fuel to the speculation of her alleged infidelity.

@junny: People are comparing her with Narimiya Hiroki because they seem to be taking the "run-away" approach to avoid having to explain themselves when faced with a controversy or scandal. Whether she really quit for the sake of her children or it was in response to this scandal, the whole episode leaves a bad aftertaste. Although it was said that Esumi didn't know about her manager's vandalism case in advance some years ago, there was still some nagging suspicion on her level of involvement in that case which was said to have led to her being dropped from all the variety shows she was appearing in. Work offers also dried up after she left Ken-On so she was effectively in unofficial retirement mode all this while.

@Madoka: Well, some of these magazines are indeed trying to make a mountain out of a molehill but sometimes, I do wonder if the celebrities themselves are digging their own graves too. Maybe they need some PR help to deal with these issues. Honestly speaking, the bad press will blow over one day especially if you redeem yourself by doing well at work. In Esumi's case though, she was already not getting any work offers since the vandalism rumours so she really didn't have to go to the extent of making her absence from showbiz permanent and official in this way and could have waited for the reports to die down after a denial.

@neko: I don't think anyone thinks that it's wrong for her to spend time with her kids but the timing of her announcement and the hint of marital problems at home just makes the reason seem odd. Personally, I think she could have just said that she was taking time off but she didn't really have to go to the extent of retiring. Somehow, I also wonder if it was wise to talk about her children in this situation because it may add some unnecessary pressure on them because they have to cope with rumours about their mother and that she quit for their sake.