Ikimonogakari announces the suspension of their group activities 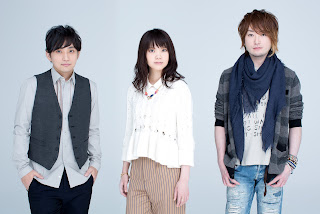 Ikimonogakari which celebrated their 10th anniversary last year with their best hits album, announced via their official website on 5 January that they will be suspending their group activities for the time being. The group made their debut with the single "SAKURA" on 15 March 2006.

In their statement titled "Houboku" (Grazing), the members revealed that they had worked hard together for the past 10 years. As such, they want to be free to explore new possibilities, do the things they like and take time off to relax and go on trips. In order to expand the possibilities they may have in future and extend the length of their group's story, they declared that they are going to embark on a grazing journey. The group expressed their thanks to their fans and stated their wish to meet them again with smiles in future. As for how long the suspension period will be, it was not stated clearly but the group's agency stressed that they were not disbanding and the members will be engaged in solo activities.

The leader Mizuno Yoshiki appeared in his regular radio show SONAR MUSIC on J-WAVE later in the same evening where he talked about the group's announcement. He apologised for the concern caused by their decision and thanked everyone for the comments sent by everyone. The three of them were very surprised by the extent how people have reacted to this and said that they deliberately chose the term "grazing" to indicate that they are looking at this suspension in a positive light and that the suggestion of using this term came from the vocalist Yoshioka Kiyoe.