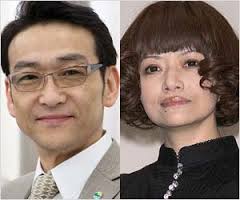 Fukikoshi Mitsuru and Hirota Reona ended their marriage for the second time in December last year as reported in the 24 January issue of "Shuukan Josei". Hirota married Fukikoshi for the first time in December 1994 with her son from a previous marriage and subsequently gave birth to their daughter. However, the couple split for the first time in December 2005 and reconciled 7 years later in December 2012 before they went their separate ways again. Hirota is currently the president of the agency which manages Fukikoshi and is reportedly dating actor Takahashi Hiromu from the same agency who is said to be living together with her.

According to the interview published in the magazine, Hirota admitted that the divorce did take place in December last year but she was not having an affair with Takahashi. She followed up with a tweet on Twitter that Takahashi had been staying in her house for the past 7 years and has been taking care of the household stuff and doing editing work for the agency so he is like an important family member to her.

Hirota revealed that the reason why she had married Fukikoshi a second time in 2012 was for the sake of their daughter who was entering a school which was said to favour students with a "complete family" and for work reasons. However, Fukikoshi had not lived with her and her daughter since then and that she won't let him into her house because of his smoking habit. Nonetheless, they will continue to work together as usual with her managing his career.