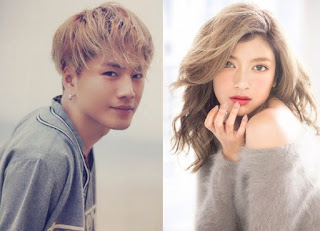 Sandaime J Soul Brothers member Tosaka Hiroomi and Rola are said to have broken up as reported on 31 December. According to insiders, the couple went their separate ways due to their inability to find time to meet up as they were both busy with work.

Tosaka and Rola met in 2012 while appearing in a variety programme and was said to have started dating secretly from 2015. In the programme which led to them knowing each other, Rola had picked Tosaka as the guy she would still want to date even if he had a girlfriend. News of their relationship was first reported in August last year when Rola was said to have visited Tosaka's apartment regularly.