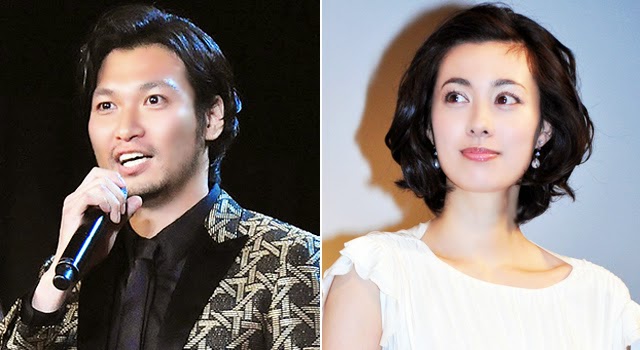 Fukiishi Kazue and Aoki Munetaka will be starring in the TBS Autumn 2014 drama "Mama to Papa ga Ikiru Riyuu" (The Reason Mum and Dad Lives) which will begin its run from November in the Thursdays 9pm timeslot. The drama is based on a novel by the late Mei titled "Watashi, Nyuugan. Otto, Haigan. 39-sai, Fuufu de yomei sengoku. ~ Watashi no inochi wo akiramenai" which talks about a married couple who were diagnosed with cancer and that their days were numbered. This is Fukiishi's first leading role in a TBS drama.

Fukiishi plays the role of Yoshioka Shuko, a housewife who has two kids and living a happy life but is suddenly diagnosed with breast cancer in the advanced stage. At the same time, her husband Kenichi (Aoki) is also diagnosed with lung cancer. Despite the circumstances, the family gets together to support one another through the difficult period.

When l read this plot.Should to prepare many tissues for tear.