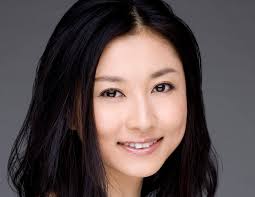 Kikukawa Rei announced her marriage to her husband who is in his 40s during the broadcast of FujiTV morning programme "Tokudane!" on 28 April. She is not pregnant at the moment and will continue working after marriage.

At the start of the programme, Kikukawa broke the news with teary eyes after a video recap of her career to date and described her husband as a gentle man. She also revealed that their dates included going on walks together as she hardly exercises. Although she didn't imagine getting married to her husband when they first met, they began dating under the premise of marriage later on. Her co-host Ogura Tomoaki was the first to know about her marriage as she informed him about one month ago and introduced her husband to Ogura during a lunch meeting. Ogura praised Kikukawa's husband for being a wonderful person who is learned and speaks well.

Kikukawa released a fax statement through her agency and said that there are no plans for a wedding nor press conference at the moment. She revealed that her husband is a non-celebrity and they got married one day earlier i.e. 27 April. Kikukawa expressed her thanks to everyone around her and pledged to continue working hard as usual.