Mizuno Miki announces the arrival of her first child 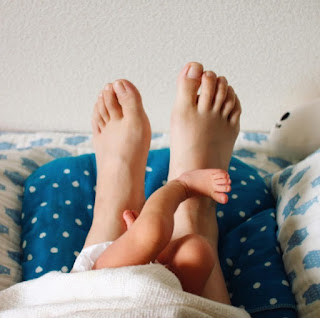 Mizuno Miki announced the arrival of her first child via her Instagram account on 26 July where she uploaded a photo of the feet of her and her baby. In her message, Mizuno thanked everyone for their concern and consideration during her pregnancy and their help during her childbirth. She also expressed her gratitude to her husband who was with her when the baby was born.

Mizuno mentioned that she has become prone to crying at the smallest things ever since she became a mother and is touched by how she sees her baby is bursting with so much energy with each passing day. As such, she hopes to become a reliable mother and be able to accompany her child through life's every step.

Mizuno met her husband i.e. actor-illustrator Karahashi Mitsuru in March last year and started dating the following month. The couple got married on her 42nd birthday on 28 June after dating for three months.