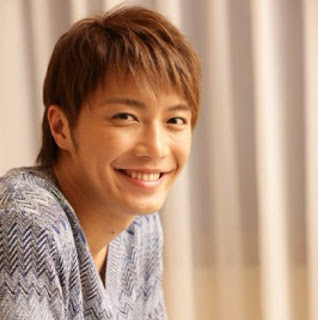 Narimiya Hiroki announced his retirement from showbiz as of 9 December through a fax statement sent by his agency to the media. This sudden decision was said to be made in response to the FRIDAY report on 2 December about Narimiya allegedly being a drug user. Despite strong objection and denial from Narimiya and his agency about the authenticity of the report, FRIDAY went ahead with the publishing of the article. This led Narimiya and his agency to issue strongly-worded statements against the tabloid and declaration that they would take legal action.

FRIDAY's 2nd December report claimed that Narimiya had bought and used various drugs such as cocaine, marijuana and ketamine at his home on 9 November. There were also photos with another man in his house with sheets of paper containing a white substance on the table which the magazine alleged to be drugs.

Following the release of the article, the agency arranged for Narimiya to take an urine test for drug consumption on 7 December which turned out to be negative. Just when the media first reported news of the test results in the morning of 9 December, the shock announcement of Narimiya's retirement came in the same afternoon.

According to Narimiya's agency Top Coat, they revealed that they were in the midst of discussing what to do after receiving the urine test results. However, Narimiya suddenly told them about his intention to quit and would not change his mind despite repeated discussions. As such, they had no choice but to accept his decision. 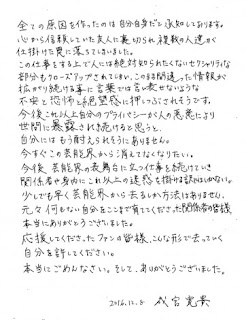 Narimiya issued a handwritten statement through his agency which revealed why he came to this abrupt decision:

I am aware that everything arose because of me. I was betrayed by my friend who I trusted deeply and I fell into the trap laid by several people.

While being an actor, there have been many things which I wouldn't want others to know or focus on including my sexuality. Seeing this situation of the wrong information being circulated continuing, I feel as if I will be crushed by my anxiety and desperation.

I can't stand the idea of having my privacy being exposed to the world by people's evil intentions.

I want to disappear from the world of showbiz immediately.

I can't cause more worry and inconveniences to the people I work with by continuing to appear in public as an actor but there is no faster way than to quit from showbiz.

I started off with having nothing and am very thankful to everyone who have made me become what I am today.

To the fans who have supported me, I am sorry for leaving in this manner.

I am really sorry. And thank you very much.

Narimiya was born in Tokyo and made his debut in 2000 through the stage play "Horobikaketa jinrui, Sono ai no honshitsu to wa...". He had participated in many dramas and movies to date such as "Gokusen", "Kisarazu Cats Eye", "Koukou Kyoushi", "Orange Days", "Kindaichi Shonen no Jikenbo", "Oboreru Sakana", "NANA", "Unfair the movie" and "Aibou".

On the other hand, FRIDAY seems to be bent on continuing to report on Narimiya's alleged drug scandal as seen in their 9 December report. It was mentioned that a friend of Narimiya who appeared in the previous week's photos had provided two voice recordings of Narimiya and him in November when they talked about buying "chaarii" which is a slang word for cocaine. The friend reportedly said that he was angered by Narimiya asking him to go and buy drugs and it had appeared that they had already fallen out.

This is sad.. I love him as an actor..
if he really does not do drug, fight it, sue the tabloid..

From the tone of his statement, it looks like he seems very disillusioned and defeated by what he calls a trap laid by other people and being betrayed by someone who he considered as a friend more so than the drug scandal suspicion hanging over his head now. Frankly speaking, his reaction, though quite extreme, could be due to the pent-up frustration all these years about various rumours and false reports and the drug scandal was the last straw for him. He even made specific mention of the "sexuality" issue as there have been many reports of him being possibly gay and being active in Shinjuku 2-chome which is supposedly where the gays and lesbians gather.

Personally, I think the timing of his decision seems somewhat bad on the whole. While he had gone through the urine test without any issues, there is talk that he should have gone through a test using his hair sample. It is said that the urine test only detects if someone has consumed drugs in the past week or so while the hair sample test is a more accurate measure. As such, there are still people doubting his innocence since it wasn't a hair sample test which he took. What's more, with Friday's incriminating evidence (be it true or fabricated), the issue doesn't seem to be ending soon. As such, Narimiya's quitting will probably not set this saga to rest.

Now that he's quitting, I wonder how Top Coat will react though. They will probably lose a lot of money due to Narimiya's quitting so may press on with the lawsuit. However, before that happens, I think it's probably best to get Narimiya to do the hair test so that they have a higher chance of winning this case.

And Friday's reaction to Narimiya's retirement? They said that they are not in a position to comment on his personal decision.

I wonder what goes on in the minds of their editorial team. Do they not realise that such accusations, be it true or false, would have an implication on someone's career and life? Tsk tsk...

If in the event that Narimiya is indeed guilty of taking drugs, let justice take its course and he will pay his dues in the end. However, if he was wrongly maligned, their articles would have killed his career prospects anyway because reputation and image are very important in showbiz and sponsors hate having negative stuff associated with them.

No wonder they say that the pen is mightier than the sword. And they've got to realise that their pens can kill people, literally.

There's also the sleazy issue of entrapment. It seems clear that in addition to following Narimiya-san around 2-chome, they also contrived to use his friends to implicate him in drug use. Not saying he didn't use drugs -- maybe he did -- but it definitely seems like he was set up.

what did he meant in this statement "While being an actor, there have been many things which I wouldn't want others to know or focus on including my sexuality."

The thing about that friend who told on him, we don't know yet if he was enticed by money to tell it all or was it really as per what FRIDAY claimed that Narimiya was making use of the friend to get drugs so he sort of had enough of this treatment and decided to get back at Narimiya? In any case, this friend would have probably shaken Narimiya so much thus explaining why he sounded so despondent in his statement. Worse still, if he had not taken drugs at all, the situation which he was in when the photos were taken seemed like an engineered effort to make him look guilty.

As for the sexuality part, I don't know what he was exactly referring to but he could be citing it as an example of the things in his private life which kept being reported and exposed over all these years. All this while, there has been so much talk speculating whether he's gay, straight or bisexual. His past of working in Shinjuku 2-chome before he made his debut keeps coming up in tabloid articles. For as long as he continues to be an actor, the media will continue to harp on his sexuality issue, like it or not. I wouldn't say that he definitely has some dark secrets to hide in this respect though. And to stop all the false truths and claims going around, he probably thought that the fastest way was to quit. As long as he is no longer a public figure, he wouldn't have to be subjected to all the scrutiny. Coupled with how disillusioned he must have felt this time with regard to this drug scandal and how hard he had to defend himself but with limited success, that's probably why he went to the extreme of ending it like this.

Honestly speaking, given his tough circumstances in the past when his parents divorced, his mother passed away and him giving up his education to work for the sake of his younger brother, I struggle to see how someone who went through so much would not want to protect his career at all costs. I simply don't think that he's foolish enough to think he can do drugs and get away with it. However, as Matsumoto Hitoshi put it very accurately in a TV programme today, the stigma of having your name dragged through dirt in this manner especially with a drug scandal will be really bad for an artiste's career. If he stays on in showbiz, he will have to keep fighting this cloud of doubt over his head even if the scientific tests prove that he is not guilty. And to Narimiya, this battle to stay in showbiz may seem worthless by now after all he has gone through.

Well, I refuse to believe the drug use. Firstly, how can anyone using drugs have such a clear head? I do mean it - he is brilliant. He memorizes his roles, doesn't he? He has many talents. So, no doubt, he has many people jealous of him.
About his sexuality, people rumour about this so much... If I were to add, if there indeed some gay partners, in that case I do believe he likes everyone - sex is just a secondary characteristic of a person. And, one does not have to be gay or bi to hang out around gay people (I can say from experience as well). Well, it is his personal business. I love his beautiful soul capable of self sacrifice shining through - it will never ever fade away. Looks fade away, but good inside of one's heart never fades. Good people get used. Good successful people get used and get burned by envious people. The good nature of one's heart is the thing that sociopathic people would use to cause emotional pain. Wishing I could give a long hug to this beautiful, currently hurting, soul.

What I'll say is:
Hiroki-kun, otsukaresama.
Thank you for all great drama character you did. There's enough for me to rewatch it again when I miss you.
With this, I hope some burden is lifted from you shoulder and you'll get happiness and your life (freedom) back again.

This is really sad, not a way to leave the industry. He may change his mind or decide to come back. 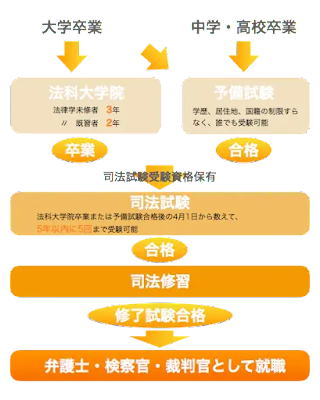