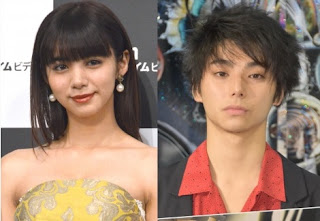 Murakami Nijiro and Ikeda Elaiza have denied rumours of them being an item after "Shuukan Bunshun" published a report of them alleging that they had spent the night together. In the article from the 16 December issue, Murakami was said to have stayed at Ikeda's home frequently and photos of them being together were also published. With regard to the dating rumours, the agencies of Murakami and Ikeda both denied the news and stated that they are good friends who would go to each other's homes at times.

Ikeda began working as a model for "Nicola" before she became an official model for "CanCam". She took on her first leading role in a drama through the FujiTV OnDemand drama "SHIBUYA Reichome" and will be seen in the upcoming movie "ReLIFE". Murakami is the son of actor Murakami Jun and singer UA and got his first leading role in a movie through "Futatsume no Mado" which won him the best leading award in Takasaki Film Festival.